Opening a document is one of the most basic features of any application, and most applications offer several ways of doing it. LibreOffice is the same, giving users several ways to open documents. This page has descriptions, images, and a video of opening documents.

Users can search their computer’s hard drives and drives connected to their computers for documents they want to open. This is done through the Open dialog which is opened in four ways. They are in the sub-sections below.

The Open icon is in the Standard toolbar of all six applications. Click it once to launch the Open dialog.

NOTE: LibreOffice also has several other user interfaces, in addition to Standard toolbar.

The Open icons is in located in different places in the different user interfaces of LibreOffice. 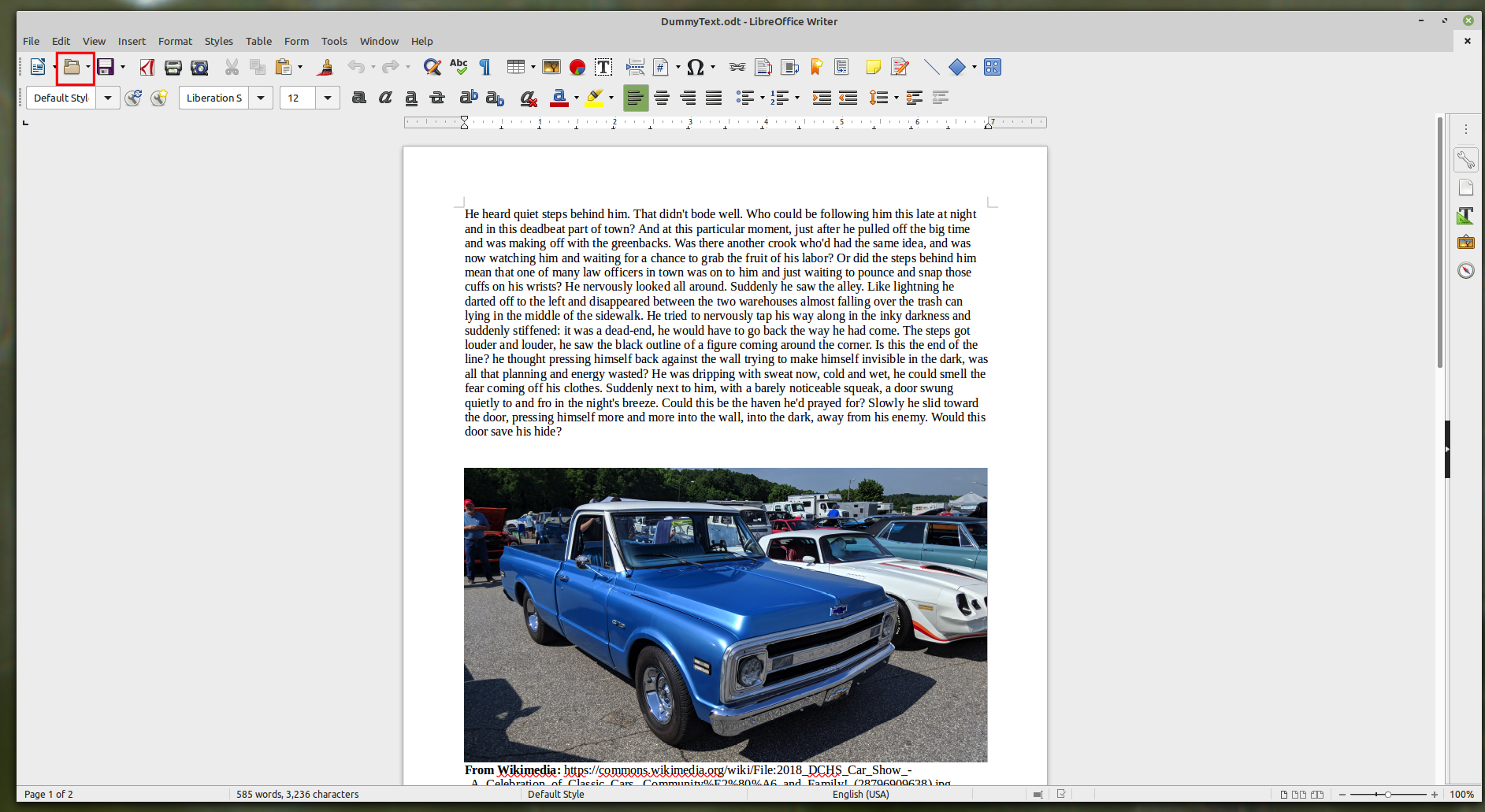 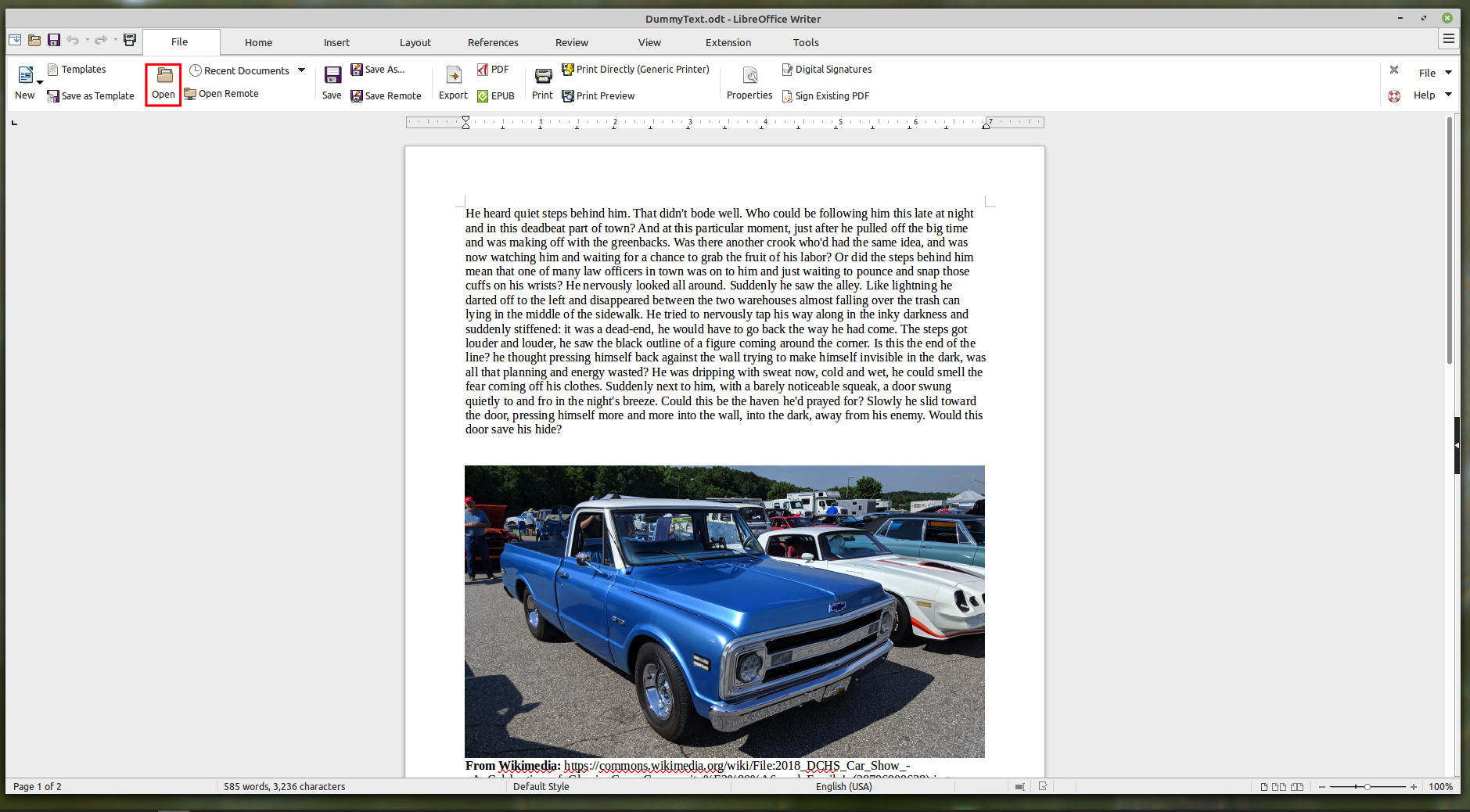 In the Tabbed and Tabbed Compact user interfaces, the open dialog icon is in the File tab. The icon is also to the left of the different tabs. It is the second icon from the left in both user interfaces.[/caption]
[caption id="attachment_14970" align="alignnone" width="1881"] 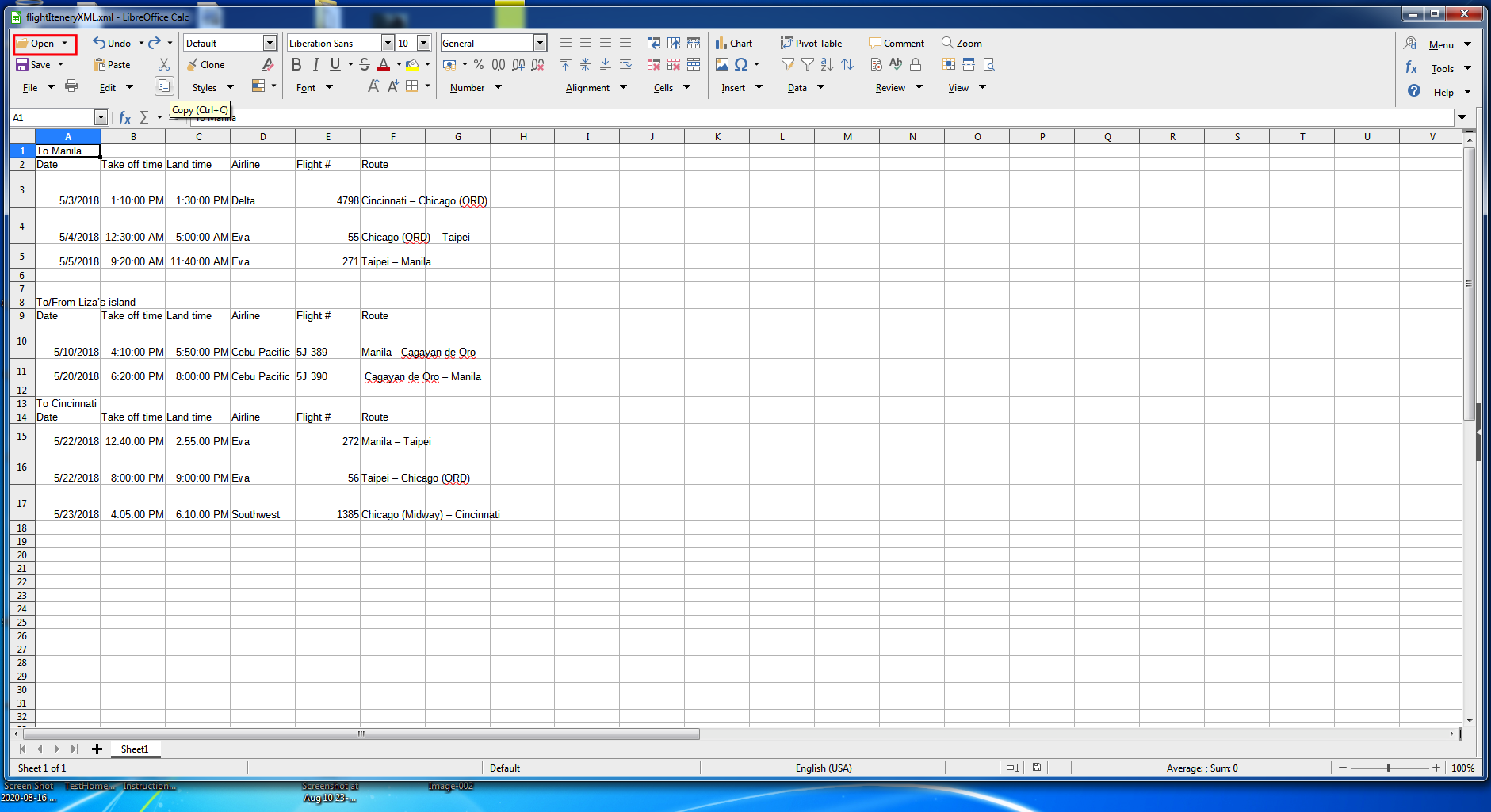 The Groupedbar and Groupedbar Compact user interfaces place the Open icon in the File grouping that is the farthest one to the left. It is associated with the Recent documents list.[/caption]

StartCenter has a uniquely named item in its left column, called Open File. Clicking it launches the Open dialog.

Many of the basic functions in LibreOffice can be performed by pressing a few keys. Opening the Open dialog is no different.

Its keystrokes are as follows:

The dialog allows users to search through their computer’s hard drive and connected drives for a document they want to open. By default the drop-down in the dialog will be set to All Files. The menu, however, has a list of about 100 different file formats. It also has an option to open the document as read-only.

Once the dialog has been opened, click folders in the left column and main part of the window until the desired document is located.

If it is difficult to locate the desired document, click the “All Files” drop-down menu, and select one of the file formats in the list. This will only allow documents in that format to appear. All those in other formats will not be visible.

There is also a Read-only checkbox in the dialog that makes the document that will be opened unable to be edited without clicking the Edit Document button that appears.